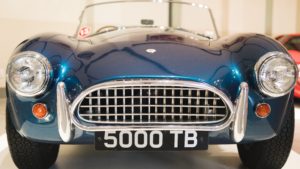 But Sotheby’s name goes back much farther in time. Established in 1744, Sotheby’s is the world’s oldest auction house.  With a global network of 80 offices, it is the largest internationally recognized firm of fine art auctioneers in the world. Original art from famous painters, hard-to-find vintage cars, fine china, and first edition classic literature are just some of the types of items you may find at a Sotheby’s auction. The company has strayed little from its original reputation of fine dealings in its 3 century history.

Samuel Baker, the founder of Sotheby’s, began his legacy with his first auction on March 11th of 1744 with a collection of rare books from the library of Sir John Stanley.  From there, Baker and his successors went on to handle great libraries that were sold at auction, including such notables as the books that Napoleon had taken into exile to St. Helena!

In 1767, Baker partnered with George Leigh, known as a natural auctioneer, helping to further grow the business.  Upon his death in 1778, Baker’s estate was divided between his business partner, Leigh, and Baker’s nephew John Sotheby. John’s family went on to manage the business for more than 80 years. The name of Baker’s business changed as owners grew and exited from Sotheby’s Holdings, Inc from 1864-1924, to Sotheby, Wilkinson, and Hodge (1924-1983), to Sotheby and Company and finally simply Sotheby’s. 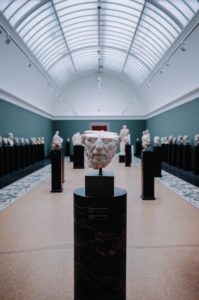 In the past few decades, Sotheby’s made international news with auctions selling some of pop culture history’s top memorabilia. From Andy Worhol’s Orange Marilyn to David’s Bowie’s private art collection, Sotheby’s has now become a wide and far reaching household name for all things valuable. We are honored to be a member of the Sotheby’s International Realty brand and represent it’s namesake to the fullest.

For more information on it’s fascinating history, including how the world wars impacted this company, as well as how they successfully navigated the covid days, click here.

Interested in seeing what is being offered?  You can view the upcoming auctions and items available here!  Everything from fine art to home décor to jewelry, there is something to catch your eye. Sotheby’s also offers items for sale straight from their website, so if the works of Edgar Allan Poe strikes your fancy at $5,500 or a 1955 Porsche 356 1600 Speedster in candy apple red, take a look at their Buy Now section.