The Hagood Mill Foundation and the Young Appalachian Musicians team up once again for the Kidsfest event on Saturday, March 19th.  Held from 10am to 4pm, rain or shine, this event annual event is one of the most cherished in Pickens County, SC! 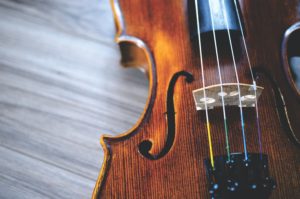 Along with musical and dance performances by local children, Kidsfest also offers unique family fun attractions like pony painting and Appalachian heritage games as well as family relay races including sack races and tug of war.  For little artists, craft stations will be set up and budding musicians have an opportunity to learn about traditional Appalachian musical instruments and sounds.  The Young Appalachian Musicians (YAM) will have multiple musical groups and educators on site to introduce children to this area’s rich musical heritage and to preserve that aspect of the local culture.

The event falls on the third Saturday of the month, which for Hagood Mill, is part of its Folklife Festivals series.  This means that on top of the kid-themed events and shows for Kidsfest, the historic mill will also feature additional living history demonstrations showing the family what life during early-Appalachia was like, along with food vendors and craft market.  Admission and more information regarding the event can be found on the Hagood Mill Historic Site.

About Hagood Mill
The Hagood Mill Foundation was founded with the goal of preserving and protecting the life and culture of our Upcountry area, specifically the Hagood Mill Historic Site itself.  Located just north of Pickens, on the outskirts of northern Lake Keowee and less than 45 minutes from downtown Greenville, the mill was built in 1845 by James Hagood to replace an older mill on the site that dated back to 1792.  The mill to this day is still a fully operational gristmill.  Gristmills grind various grains, such as wheat, barley, oats into flour, and corn into cornmeal.  Using creeks as a power source to churn the mill, Gristmills were common across the Appalachians in the 17-1800s.  Most utilized local water sources, damming up the creeks and small rivers in order to increase power.  Hagood Mill was turned into a museum in the 1970s and since that time has added exhibits to educate Upstate visitors on how life was for the areas early settlers.  The exhibits include a blacksmith shop, a petroglyph site, and guided trails.  The site also hosts multiple classes throughout the year on the primitive arts of blacksmithing, basket weaving, and even fence weaving.  To learn more about all Hagood Mill has to offer, click here to visit the Foundation’s website.