Many of us are aware of the Oconee Bell flower, famed wildflower that is rare and found in just a few locations of the North Carolina, South Carolina, and Georgia mountains.  Well, next county over has a new claim-to-fame in the flower department! 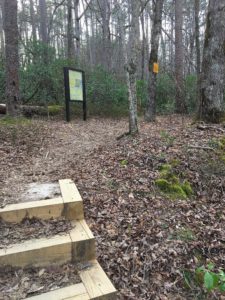 Pickens County, specifically the Nine Times Preserve, is home to a flowering plant that is believed to be found nowhere else!

“Shealy’s Saxifrage” is so named in honor of Dr. Harry E. Shealy Jr., a professor emeritus at USC-Aiken.  He is known for his contributions to the world of botany but is also an advisor to Dr. Laary Cushman of Anderson University who is credited with the discovery of this rare plant species.

Typically saxifrage flowers are native to landscapes with higher elevation and colder climates. Similar plant populations are found in some of the higher elevations of the southern Appalachians but the relatively low elevation for this wildflower makes it particularly unique. Scientists believe the newly discovered local plant is here from the last ice age that engulfed the region millions of years ago.

The Nine Times Preserve is located within just 5 miles (as the crow flies) from The Cliffs at Keowee Vineyards and The Reserve at Lake Keowee.  The nature preserve has over 560 acres of pristine wildlife habitat. Visitors can spend the day hiking among over 134 species of wildflowers across 1.7 miles of trails. Bird watchers, if lucky enough, can catch a glimpse of peregrine falcons.  The preserve is a very special place in the Upstate, showing locals and visitors alike a glimpse into the overwhelmingly beautiful landscape that surrounds the greater Lake Keowee area.