Caesar’s Head, the gateway to a large area of public lands in northern Greenville County, collectively called the Mountain Bridge Wilderness has an active hawk watch September through November. If you visit on the right day in mid September you might see hundreds of Broad-winged Hawks in migration from the overlook.

Luckily, our Broker, Justin Winter was honored today with a late season eagle sighting and snapped a few photos of this majestic bird. 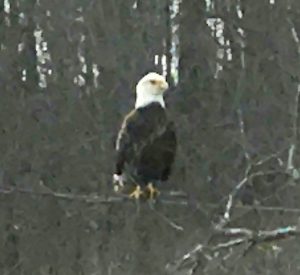 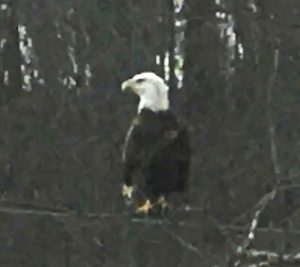 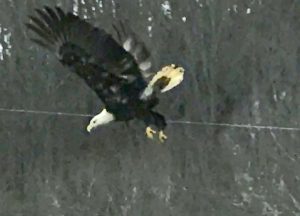 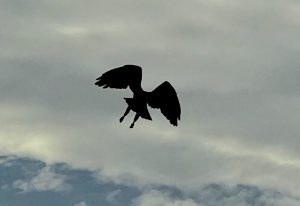 Bald eagles in South Carolina return to the same nesting territory year after year in the fall. Egg laying generally occurs in December but ranges from November to March. Clutch sizes range from one to three eggs. Incubation occurs for 5 weeks by both sexes and young remain in the nest for 10 to 12 weeks after hatching. After fledging, young birds will remain in the territory and dependent upon the adults for food for approximately 4 weeks. During this roosting period parents will bring food to the nest. The entire breeding cycle is about 7 months. 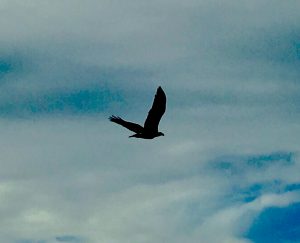